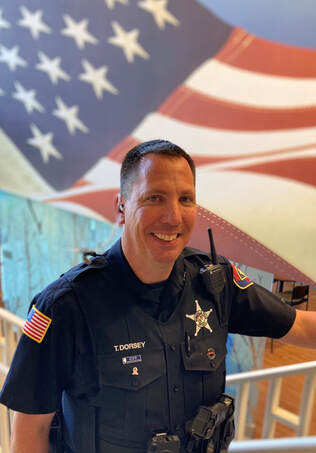 Officer Tom Dorsey began his Law Enforcement career as a Community Service Officer / 911 Telecommunicator for the Village of Addison Illinois in 1997. In 2006, he joined the Romeoville Police Department as a Police Officer and served his department in the Patrol Division until 2013. He then became a Detective and assumed the role of School Resource Officer (SRO) at Romeoville High School. During his seven years as SRO, he attended several training classes about internet safety and conducted numerous investigations related to social media threats and harassment. Officer Dorsey has conducted internet and social media presentations for both students and parents, teaching both groups about safety while online.

Officer Dorsey is currently assigned to the Community Oriented Policing Unit where he teaches DARE, and partners with the community to host events that bring the Police Department together with the community. Officer Dorsey is also involved with fundraising for the Special Olympics Illinois Law Enforcement Torch Run and participates in events such as Coffee For Champions, Polar Plunge, and his favorite, the Five O at the Dirty O stock car race. In that race, Officer Dorsey races a police car which was built by Auto Shop students from the Romeoville High School.

When Officer Dorsey is not working, he spends time with his wife, three children, and their energetic dog. Officer Dorsey is also known to some youth baseball players as Coach Tom, as he has recently started coaching youth baseball
Open to the Public!
5:30 PM – Resource Fair and Concessions
Learn about and meet area contacts who can assist victims of all types of abuse
6:00 PM – Program and Keynote Speaker
Romeoville Police Officer Tom Dorsey shares his insights on Cyber Bullying, how to recognize it, and how to get help with those who try to bully others
7:30 PM – Rally and Light Ceremony
Join fellow attendees as we make a call to action to fight all types of bullying and shine the light on abuse
REGISTER NOW 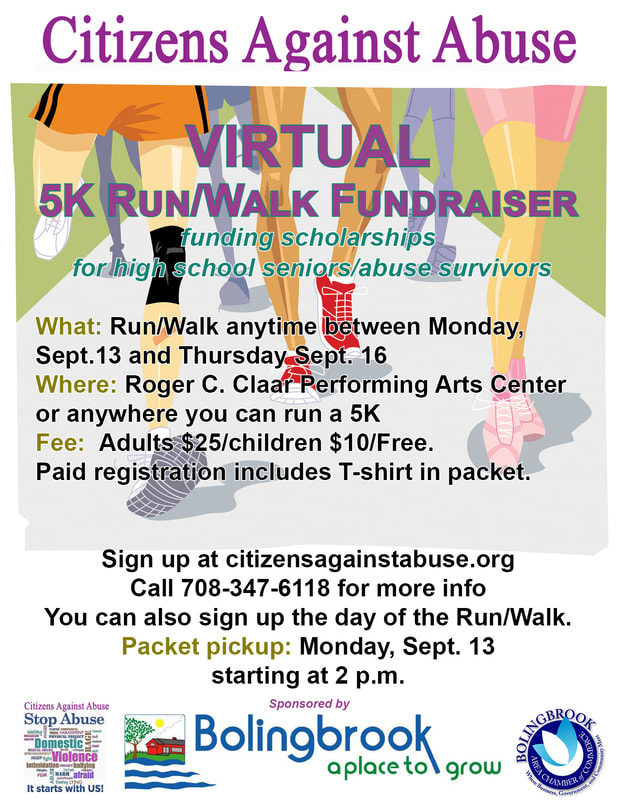 ​Virtual Race details:  This event is a Virtual 5k Run/Walk which means that you on your own, not in a group with all participants.  You run at your chosen date, time, and location anytime between Monday September 13 and Thursday Sept. 16th 2021

Place: One suggested location is the path around the pond near the Roger C. Claar Performing Arts Center, 375 Briarcliff Road (Village Hall).  You may also choose to run/walk anywhere you can do so safely.

Prizes: Anyone raising over $100.00 will receive a prize.
Register Now
Donate